Blizzard suckerpunched us not too long ago with news of future updates! Hoping for some teasers of Legion stuff as soon as I saw that wall of text, it ended up being content between now and 7.0. Well, content in a loose sense – we’re not getting a Ruby Sanctum on our hands here.

While it seems that Blizzard have learned their lessons from Warlords about letting up too much information too quickly on the next expansion and ending up going back on their word (e.g. Farahlon, Bladespire Fortress/Temple of Karabor), it’s promising to know that what we saw at gamescom is likely going to stick around with only a few minor tweaks. We’ll know more about Legion in a little over 3 weeks as of this post, but until then we have changes in store for Warlords that should keep people logging in for the next 6 months or more. 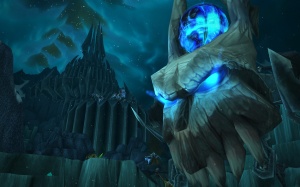 Following on from the success of 6.2’s Timewalking dungeons, Blizzard are now expanding the events to include a Cataclysm event, in addition to expanding the TBC with Magister’s Terrace and WLK with Pit of Saron. I’d almost be erring on the side of caution for CC with MgT coming to the tables if it’s anything like the live version back in TBC. Then again, there are Hunters and Warriors out there doing 15-20k AoE DPS thanks to a mixture of legendaries, set bonuses, gems and so on.

The list for the Cataclysm set of dungeons are Grim Batol, Stonecore, Lost City of Tol’vir, The Vortex Pinnacle, Throne of Tides, and End Time. No ZG or ZA just yet, nor the revitalising (again) of Deadmines or SFK, though I have to say the one I’m most surprised about not seeing on the list is Well of Eternity, considering the links into Legion with it. They may extend it out to that during the next expansion when they introduce the Mists dungeons, we’ll see.

This is where I find it interesting they’re calling this patch 6.2.3 instead of 6.3 instead. Although there’s no new groundbreaking content like new raids or new systems or even a selfie stick/social media integration, Blizzard are treating this as a “next content patch” by allowing mythic Hellfire Citadel to be raided cross-realm! Personally for me and my guild, this is an insane change that will help us to progress and see the end of mythic raiding. Although we’re stepping our toes into it currently, on a low-pop merged realm we’re struggling to get a healthy bench of people to cover for emergencies/real life issues/etc.

With people still thinking about leaving the game as well as being cynical about any carrots on a stick that Blizzard are aiming in front of us, this could open up recruitment much better than a simple advertisement on Wowprogress, Reddit, MMO-C or even trade chat ever could. People come and people go – for servers such as Outland-EU and Illidan-US it isn’t too much of an issue as long as you’re the right faction – though for those that are thinking of leaving the busy servers in preparation for the queue times when Legion hits, this could be a blessing for us.

Still within the realm of mythic content, though this time for 5mans, Blizzard have incentivised the small group demographic by allowing 725 loot to drop. All warforged drops from mythic dungeons are no longer simple +20 iLvls, but have a chance to be 690, 695, etc. All the way up to 725. In addition, item upgrade levels are being re-introduced from their concept back in Mists, alongside valor points! Up to 10 iLvl increases at 2 upgrade levels, players can once again earn valor points and spend them on whichever pieces they want to upgrade! This’ll be easier to get new people up to the right gear level to fill in those last few spots on your 20man team, or to get alts up to scratch if you need a different role. Finally, there’s also a mysterious new heirloom trinket that has a chance to drop that goes up to level 110. I’ll laugh if it ends up being a fel void tentacle trinket, but at the same time cackle maniacally if it’s a 1-110 trinket instead of just from 100. Double hentai trinkets? Hell yeah!

Mythic 5mans too hardcore for you too? Blizzard still has prizes in store for you with the baleful items that drop in Tanaan Jungle. They now scale between 655-695 to get people to raid heroic HFC that much easier, and raid finder, heroic dungeons and bonus events will also give you those valor points to upgrade them another 10 iLvls. PvP players will also see Warlords Arena Season 3 come along with this patch – if it coincides with the patch launch, we’ve got a date for it being between Nov 24-Jan 19, going by Blizzard’s 22-30 week cycle for seasons.

Finally, Ghostcrawler’s final promise to the players is finally entering the World of Warcraft! The Grove Warden, previously thought to be a store mount, is now going to be available through killing heroic/mythic Archimonde and doing a quest chain following. It is such an amazing match with my Druid’s challenge mode set, I’m not sure I’ll be switching from it for a while, even if there are going to be hundreds of people also riding it. We finally get our moose!

TL;DR: This is no more than a carrot on a stick to get people to stay subbed between now and Legion, but for those that are calling it quits… Well we’ve now got ways to still raid mythic, get our alts to mythic level and maybe get a shot at that Felsteel Annihilator before 7.0 comes out and makes it super rare.

For the full post by Blizzard, check out the link here.

EDIT: The trinkets have been datamined, as have the valor costs/rewards! There’s 5 trinkets in total, levelling from 100-110, and have demon-focused procs to help with our levelling experience: different trinkets for tanking, healing, agi/str/int DPS. It says they’re unique-equipped, but I wonder if I can use both the tanking and the agility one for my bear… Will be interesting to find out!

As for the valor costs and rewards, MMO-C have found out: