Given the massive information drop we received on Friday with the latest alpha notes for Warlords of Draenor, I’m surprised Blizzard didn’t preface the Moonkin changes as:

Especially as that’s what they’ve done with some of the healing spells… The changes that are being proposed to us completely changes how Balance Druids will play from 6.0 onwards. I’m still trying to get my own head around it, but this is easily the biggest progression of the eclipse energy and overall feel of the Moonkin role we’ve seen to date since the start of Wrath.

For those that missed it, or haven’t clicked the link at the top of the thread, here’s the rundown of what’s changing for us in 6.0. Do note that it’s alpha, and with such radical changes I’m pretty sure some of this will change by the time it hits beta, let alone live servers:

That’s the basics of the new Moonkin rotation. There’s room for improvement beyond that, learning to optimally maintain both periodic damage effects with the strongest Eclipse effect, timing Starsurges to optimize the benefit of its buff, make use of Starfall and Hurricane for area damage, and taking advantage of the strengths of each side (such as Moonfire and Sunfire having significant differences now). Here are the full details of the changes.

So the main change for us seems to be that our pendulum of power in our eclipse mechanic has changed to be something that cycles through time-based (every 30 seconds, 15 if talented) as opposed to based on how many Wraths, Starfires or Starsurges we cast. Out of combat, it will continue to cycle until we’re at the middle of our eclipse bar, so there’s no more starting fights at a particular spot on the eclipse line for pre-pull, but at least we’ll have 15% Nature/Arcane damage buff, as opposed to 27%/3%.

I do wonder what the end numbers will be like for the DPET (Damage per Execution Time) for Wrath and Starfire, as we may see either one still being used past the midpoint, say at 10%/20% (arcane/nature) eclipse we still use Starfire, purely because the DPET for Starfire is that much stronger than Wrath’s, for example. It would go against Blizzard’s plans to try and not get addons like WeakAuras to tell us what to cast when, but with this design unless they balance it well enough not just against each other in the eclipse bar, but to also balance Moonkins against other classes we’re going to be seeing the top Druids depend on addons much like how many people depended on addons like AffDots in MoP for max numbers.

Besides, the closer we are to an edge, the more damage we do with that school of magic, so with procs and that, we will likely want the buildup of power too, instead of just the max power at the start  of the fight. Plus, at first glance this seems to help us a ton at lower gear levels – hopefully we shouldn’t be deadweights in challenge modes or proving grounds because we can’t cycle our eclipses fast enough.

The next huge change is to Starsurge itself… One that I’m sad to see as I’ve grown accustomed to my machine gun in SoO, but overall probably for the best for Moonks in the long run. At the moment, we’ve had to have ourselves nerfed each tier to avoid just spamming Starsurge all the time which ended up getting our chicken nuggets chopped off at low gear levels. Now, our Starsurge has 3 maximum charges that recharge over 30 seconds… That’s one per eclipse cycle! Shooting Stars still exists, but the proc chance has been nerfed down to 5% chance on Moonfire/Sunfire crits, but also a 2.5% chance on non-crits. It now adds a charge of Starsurge to be used, though I’m not sure if it still turns it instant cast. When you cast it, it will also increase the  damage of the next 2 Starfires or next 3 Wraths (depending on what eclipse you’re in) by 30%.

In addition to Starsurge’s charges, we also see Starfall have charges too – the kicker is that these charges are linked with Starsurge. Now we’ll be casting Starfall in AoE situations (likely where all stars will be used, so on 2+ targets AT LEAST, depending on DPET and theorycrafting when the numbers are there), and likely only in Lunar as well.

In terms of AoE, we’ve lost Astral Storm, and the AoE damage on mushrooms have now gone as well  – including what we had in previous builds where Hurricane damage increased the power of shrooms too. Instead, our Hurricane is our main AoE damage source for Solar, as well as the new Sunfire. When in Solar eclipse, Moonfire turns into Sunfire, and the new Astral Showers (replacing Lunar Shower) allows the Sunfire DOT to affect all nearby targets within 5yds. Spam it on everyone and fill in the gaps with Hurricane until you hit Lunar for Starfall, and we could actually have competent AoE once more.

Celestial Alignment gets updated too with a minor change: It still does the same as it does now in allowing you to do full damage for 15 seconds on a 3min cooldown, again that full damage being affected by how much mastery you’ve got. The minor tweak however is that you don’t get reset to 0 energy afterwards – it freezes the spot you’re in and you can continue where you left off afterwards. I can imagine the best DPS benefit from this is to cast it a few seconds before max Lunar, so you get to benefit from strong Lunar damage afterwards, especially with Incarnation. Though with the increase in cast time on Starfire and the loss of Nature’s Grace it all depends on the DPET. 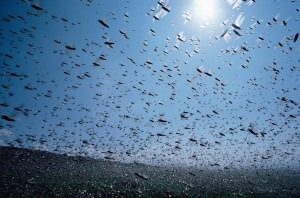 All of our level 100 talents have had overhauls as a result of our fundamental spec changes too – I wouldn’t be surprised to see more changes in our tier 4 talents outside of Soul of the Forest. But for the 100’s, we see Insect Swarm turn into Stellar Flare (I’m hoping for the name to be changed, not only do we not need another SF acronym to confuse with Starfall and Starfire, it sounds terrible). The main reasons for it being changed seems to be to include the spellstorm component to stop it being used solely in nature eclipse, and we also lose the eclipse energy regen from IS too, as we’re now on the time-based pendulum.

Equinox had to be replaced, of course, as the old version of it meant that we stayed in eclipse until we procced a new one. Admittedly, it would be an interesting talent to be able to stay at max Arcane damage for 15secs, then stay at max Nature damage for 15secs, but alongside the overall changes to eclipse, I think it’s best that a talent modifying it in such a way is best left until later expansions, perhaps. Balance of Power that replaces it seems kind of bland, but it’s the passive effect for those not wanting extra buttons, and with Moonfire and Sunfire no longer being increased in duration by Wrath/Starfire crits, it seems a little odd to have this talent in at 100. I haven’t heard Celestalon mention anything about DOT snapshotting still affecting eclipses (we were the exception where it still mattered in 6.0), so it’ll be interesting to take this talent for those fights with extended AoE period longer than 16secs to tab up multiple Sunfires then maintain them with Wraths.

With having no non-eclipse state, Euphoria has been removed, as has been mentioned in the notes above, and a new Euphoria makes an appearance at level 100 in our talents. The same feel for the spell has been kept, in increasing our eclipse cycles, but this seems very powerful to increase it by 100%. It means we get 15 second full eclipse cycles – 7.5 seconds from 100 solar to 100 lunar. With Starfire on a base 3sec cast time, I can see why Starsurge gives us 20% haste on cast: Starsurge at near-max solar means that we might get a Starfire at mid-eclipse, max-lunar and mid-eclipse again.

I’m pretty happy that Soul of the Forest keeps itself as a passive ability, but essentially turning it into a mastery bucket seems like a boring way to change it. I wouldn’t mind seeing another update to it, and I’m almost expecting one as it seems like a bandaid fix to the old talent being nerfed from the new eclipse changes. 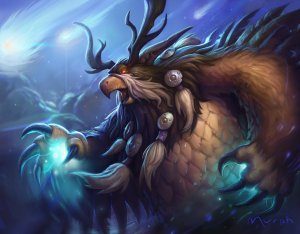 Overall, I’m quite happy with the changes presented to us. Blizzard have said that Moonkins have a steep starting curve that flattens out fairly quickly, and they hope that these changes will bring more people into the role for the first time. While I may not entirely agree with that statement, I don’t have the stats Blizzard does and that discussion is neither here nor there. The new changes looks to be setting Moonkins of all skill levels back to stage 1 again, and of course the higher caliber Druids such as Lappe, Zoomkins or Hotted are still going to pull ahead of the race (assuming they stick with Balance in 6.0), but hopefully the changes might bring more Druids into the caster role, especially without having to worry about that annoying Nature’s Grace mechanic any more.

Are we going to see Moonkins at the top of DPS meters in the next expansion? Probably not, but we’ll certainly be strong contenders on certain fights – and it seems with changes to other classes we might actually be one of the more mobile casters, despite losing instant Starsurge casts. We won’t beat Hunters for mobility, but on Patchwerk fights Blizz are designing them to be worse off anyway. All I can really round this post out with is that I hope that beta opens up soon and that I can grab myself an invite to test these new changes out. While I won’t be a Mythic progression raider in Warlords, it’s still exciting times!