Once again, it’s been a fairly light week of gaming for me… I’m beginning to wonder what the heck is actually going on with me right now. Blizzard fortunately gave us a whole LOAD of information a few days ago concerning the latest expansion that I’ve been able to muse over and nerdgasm to, and I’m sure that there’s going to be more clarifications, datamines and backtracking over the next few weeks as the alpha/beta continues.

Also, we have plenty to look forward to this coming weekend, that I’ll be sure to write more about when PAX East is over, and we have some more information about not just WoD (and any new models being unveiled there no doubt, as well as the starting experience at level 90) but Heroes of the Storm too with some new heroes. I believe there’s some things about Hearthstone being on iPad over there too, which I’m fairly excited about, as it’s one step closer to being on my phone, and I have a new game to play when I’m about to fall asleep at night, or something to keep me occupied for those times I need to sit on the toilet… Just a quick match, won’t hurt anyone. I’ll even go Hunter rush tactic so it’s even quicker!

I played a little bit of Civ5 this week, making my way through the achievements list still, mainly going through different Civs and different map sizes now that I’ve won every type of victory. Morocco is a lot of fun when you have a number of nearby Civs to trade with. You just end up with so much money that the only contender in my game is Venice, and I keep on grabbing him for research agreements anyway. 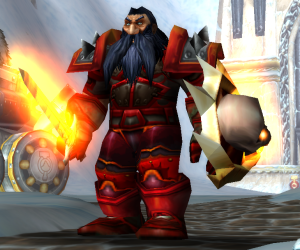 Finally, my WoW time ingame has mainly been spent on my Paladin this week, after getting tired of levelling new ones on new servers, I dusted him off and sent him to Flex Siege of Orgrimmar and more recently heroic Throne of Thunder. And I’m rusty! Really, really rusty. My keybindings were all over the place – I kept on hitting Eternal Flame when thinking I was using a damaging Word of Glory, I didn’t have my intuition on using defensives at the right time and forgot encounter mechanics. But I still had a lot of fun! It’s weird – I’m enjoying the game again on a whole new level, one where I don’t mind being an idiot at times. I can laugh at mistakes a lot more than I used to, and it’s kinda liberating really! What happens in WoD with Mythic raiding is another matter of course, or if I start playing Heroes of the Storm seriously, but for now I’m just playing casually, and it’s a new type of fun that I’ve not had in WoW in a long time. It’s pretty awesome.

I also went out in the real world earlier on this week too, and took up squash for the first time in a decade. With the lack of exercise outside of work and walking the dog, needless to say I had my work cut out for me. I didn’t feel too badly once I’d finished playing, but once I sat down for even just half an hour my legs stiffened up so much that I could barely move to go to bed. Fortunately, I had the next two days off work to recuperate, but on my first day off I could barely move… It certainly started loosening up by the second day off.

So as it stands, I’m much more unfit than I thought I was, and squash actually is a lot more fun than I thought it would be. So I’ll likely be going to play weekly while my work schedule fits in with it.